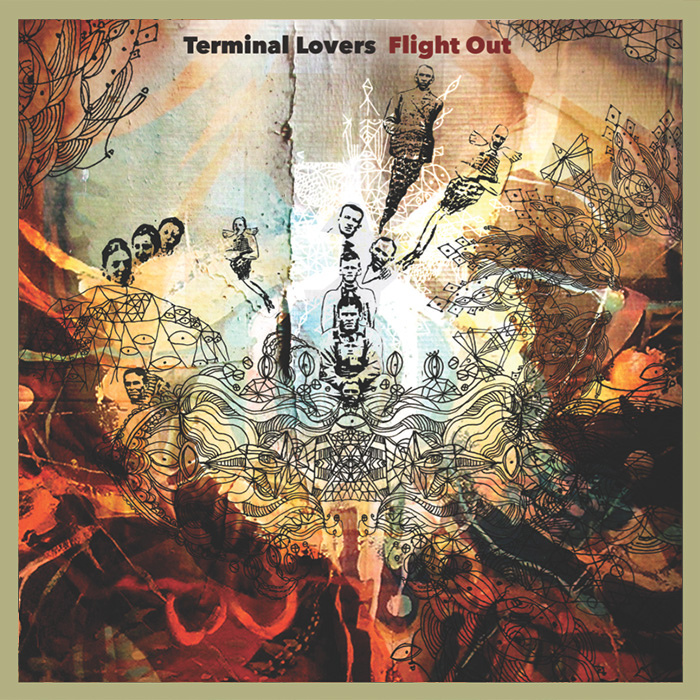 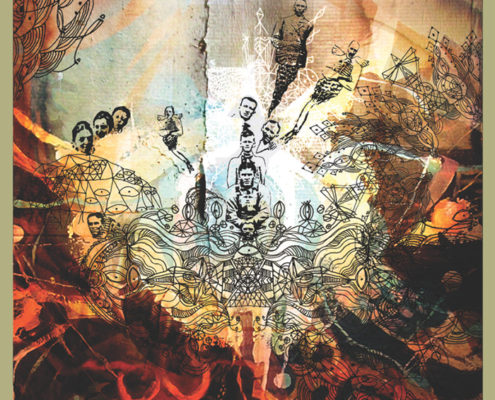 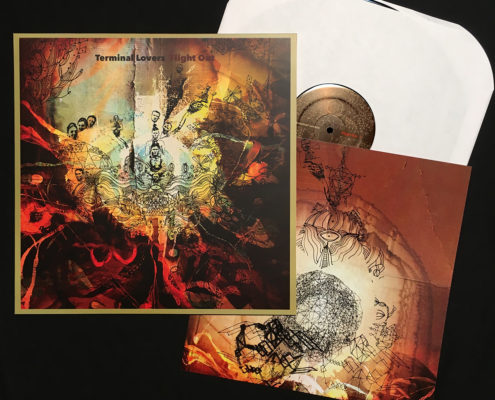 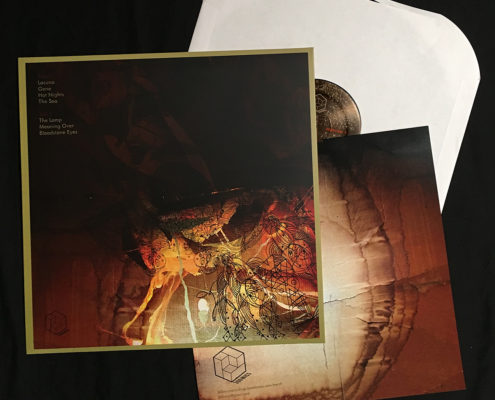 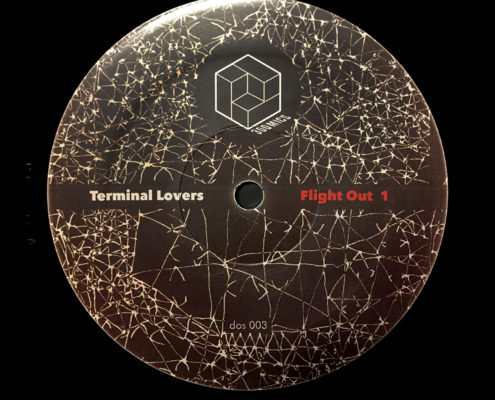 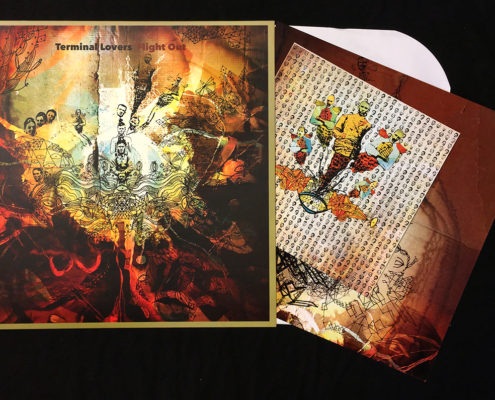 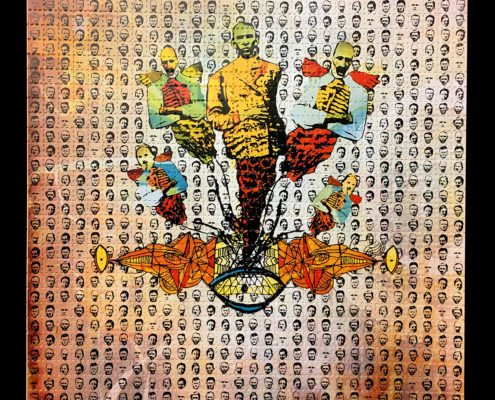 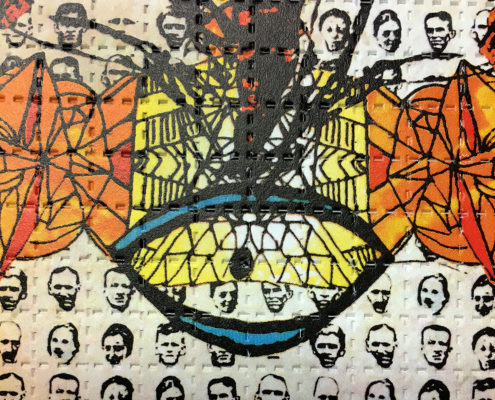 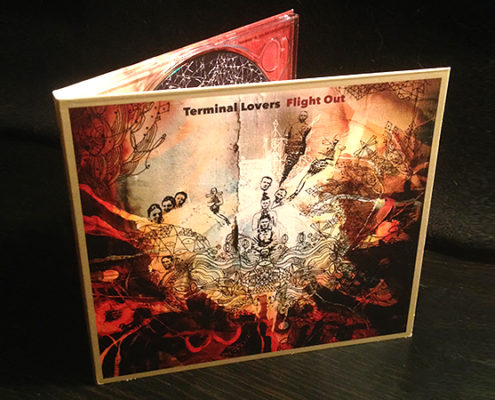 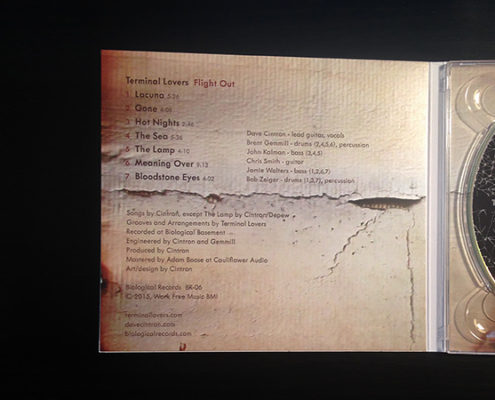 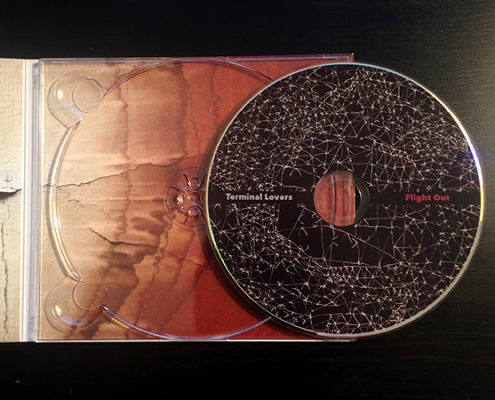 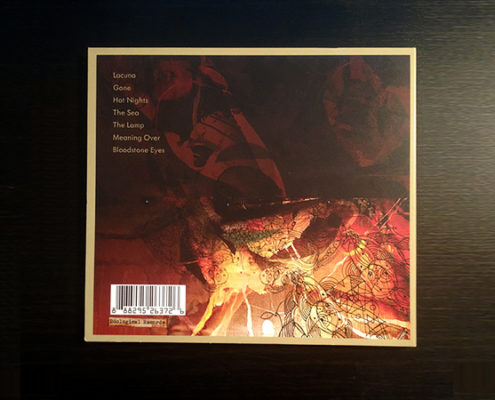 LP limited to 500 copies worldwide, pressed on black vinyl and packaged in a jacket with matte lamination and color insert. 100 copies include a 7.5″ x 7.5″ blotter art insert featuring original art from Terminal Lover’s Dave Cintron and printed by Zane Kesey.

“ Very welcome return of Terminal Lovers, whose LP As Eyes Burn Clean (for Public Guilt records) we noted in 2009; the “good old days”, since we used to love receiving eccentric noise and rock music from the label Public Guilt, but they seem to have run out of steam in 2011. Terminal Lovers are from Cleveland, and are led by the very active Dave Cintron, a guitarist and singer who has been a member of our other favourite Cleveland band Scarcity Of Tanks, whose back catalogue we recommend heartily. Cintron has also toured with “the” Cleveland band of all time, Pere Ubu, in 2013. He’s joined here by some very talented sidemen recruited from members of Keelhaul, Inmates, Blind Spring, Boulder, Destructor, Midnight, Darvocets, and Cider. If you find the “mathrock” (whatever became of that genre?) of bands like Keelhaul too exhausting, you’ll probably get on better with Terminal Lovers – they’re full of energy and verve, but not overloaded to the point of insanity. While we can detect elements of Nirvana-like grunge in their amplified guitars, there’s also some incredible delicacy in the harmonised vocals and the singing, which I can only recommend to fans of psychedelic music; this is a credible update on powerful psych records by Mad River, Kak, SRC, or even 13th Floor Elevators. Terminal Lovers have the drive to push things into the far-out realms when called upon, but ‘The Lamp’ (co-written with Depew) is a gorgeous doomed melodic hymn of incense and faded splendour worthy of Ultimate Spinach. The band also do the “meandering jam of lostness into the cosmos” thing quite well on ‘Meaning Over’, where we are pulled towards dark matter and black holes for some 9 minutes of spacey grooviness. Most of the album though is hard-rocking material full of twists, alienation, and eerie menace. Excellent.”

“It never ceases to surprise me, the myriad ways in which a classic rock outfit can develop a style and method of expression which reaches out effortlessly into our lives, to help and spark our moods.

Even so, on first listen, although I could hear great talent here, it wasn’t getting to me. Until I reached what I suppose is Side Two, where things take a sudden left turn and … when the first side rolled again to play, the entire band made far, far more sense. And it’s been on repeat in the car to my great joy and the bane of the local cats and one rather irritated daddy possum.

I’ve never heard of Terminal Lovers; apparently they’re from Ohio in the American Midwest and this is their third long-player since 2003. Apparently the band have been busy with other things. Not that it shows, they’re tighter than a flea’s pee-hole. The men here are all veterans of dirty bars and uncaring drinkers, while a chosen few go berko down the front. The ‘70s and ‘60s would seem to be prime motivation here, but not in the usual way.

The second side, then, at first reminded me a bit of Can and several other Krautrock bands – but the melodic, rhythmic ones, not the ones wielding pavement saws and metal buckets. Meaning Over is the one track which most reminds me of Can, that ability to go into a rhythm like some sort of witchy seduction; when Can toured the UK in the early ’70s, quite often their gig would go for hours, and people were still dancing… sometimes a song would go for over an hour… this sort of mesmeric thing doesn’t happen often here in the “civilised West”; leave that for the Kuti clan, you’ll dance til you forget your name.

Don’t believe me? “Flight Out” rates five bottles and a tumbler of firewater.”

“A short sharp blast from Dave Cintron and his Ohio co and one which is the aural equivalent of a pipe load of DMT on the central nervous system. The squally, snarky Lacuna kicks us off and immediately we’re in one of those “psychedelic dungeons” referred to by the Mothers way back when. You know the ones down the back alley and away from all those corny “beautiful people”? Of course you do! “Gone” is another snotty salvo, a bit more in the classic rock vein this time but avoiding the lumpen formulas occasionally associated therewith. It sounds like it’s been around forever but still smells fresh. “Hot Nights” is early Alice Cooper on some very nasty stuff indeed and with a typically expressive to the point of blistering Cintron solo, before “The Sea” slows things down mid-set but still can’t resist getting a bit grungy in the mid-section and who said slow ever meant sweet? “The Lamp” reworks the Ellevators “Rollercoaster” riff and in fact there is an Erikson quality to Cintron’s vocal although the overall sound here is rather gentler and more sophisticated than you’d think. “Meaning Over” is the obligatory long ‘un, the early days of which provides some gorgeous cerebral noodling before kicking in about two-thirds through where after it burns on all six cylinders, the twittering synths lending a whiff of Hawkwind ’72. It’s then straight into the closing rocker “Bloodstone Eyes”, probably the least satisfying here and unflattering in the way in which it reveals certain limitations in Cintron’s vocals. That aside it’s an immensely enjoyable romp and one that’s been good to know.”

“The first proper full length from Cleveland’s Terminal Lovers since 2009’s Eyes Burn Clean, and not counting CDR releases, this is only the third full length from Dave Cintron’s led Terminal Lovers since their Drama Pit & Loan was first released back in 2003. Point is, over the course of a dozen plus years now, whenever Cintron and crew gear up and lay down a new album, it’s sure to be a special occasion. And much like with every Terminal Lovers release, Flight Out indeed proves again to have been well worth the wait. With a voice akin to a boozed up Iggy Pop meets a stoned out J. Mascis (which in both cases is meant entirely as a compliment), Cintron leads his group of heavy hitters through sonic fields loaded with equal portions of Spine Of God era Monster Magnet space rock, Brother JT and his Doomsday Rock psych rock days with Vibrolux, Can’s Tago Mago-esque experimental explorations, and still with a base made up of whiskey fueled blues rock ala the 80’s Sunset Strip, LA scene that you’d think, overall, might clash within this tripped out heavy mix, but much like the other two “proper” albums from the band, it ends up being the very glue that binds it all together. At this point the most shocking aspect with the consistent greatness of the Terminal Lovers, however, isn’t that the band effortlessly blends heavy rock’s excesses into something refreshingly compelling and vibrant, or that there’s so much time in between albums, it’s that more people simply aren’t aware of this legendary Cleveland band. On that note, if you’re now thinking you should probably check this band out, may we HIGHLY RECOMMENDED Flight Out as a damn fine place to begin.”

“In a world of bland insipid music where even independent bands are cliche at best there stands a diamond shining bright. That diamond is the Terminal Lovers ever-so brilliant new album Fight Out. True, honest and from the heart, this 7 track beast follows along the lines of their Cleveland predecessors; Pere Ubu, The Pagans, The Dead Boys, Electric Eels, Rocket From The Tombs and so on…not that it sounds anything like the aforementioned bands but in the tradition of doing their own thing and slaying all else in their wake. Well worth your time to listen to.”