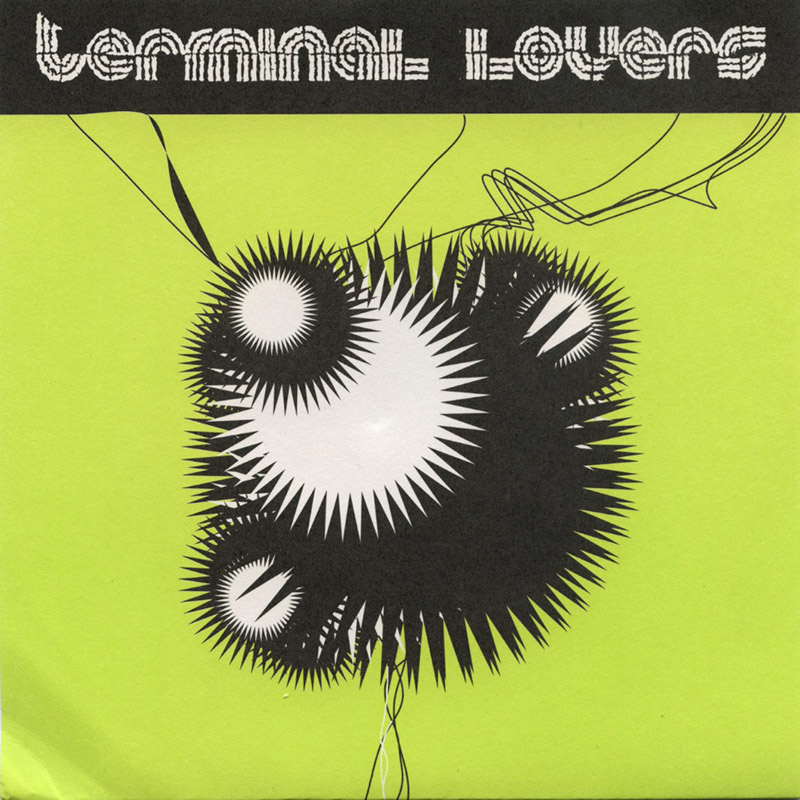 Sacred and The Man 7″ cover 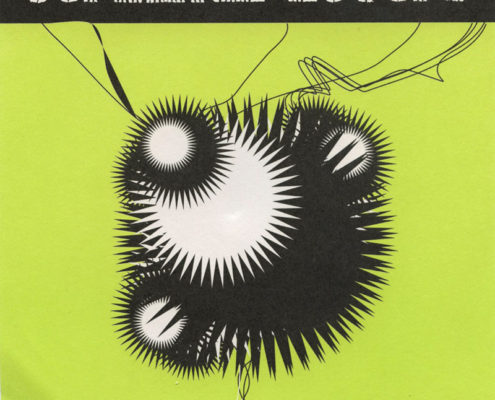 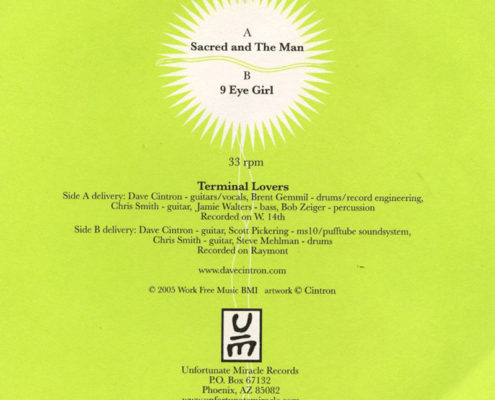 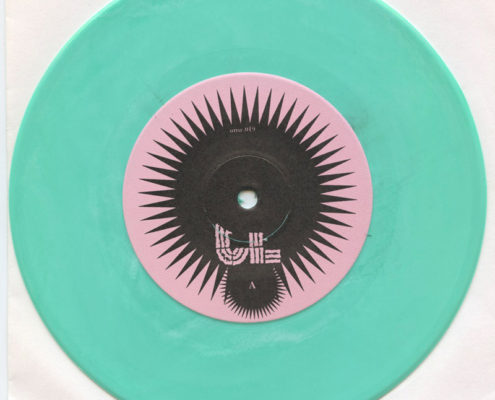 Sacred and The Man

Side A:
Sacred and The Man
Side B:
9 Eye Girl

” Just found a few copies of this cool older 7″ EP from Cleveland psych heavies Terminal Lovers, first released back in 2005. With other releases on both sludgecore label Shifty and avant-rock imprint Public Guilt, Terminal Lovers have been belting out their burly, punk-fueled psych rock over the past decade, and have developed a small cult following among fans of both contempo experimental rock and the more aggro corners of the stoner/noise/doom scene. The ragtag psychedelia that these guys crank out is what you get when you’ve got a band made up of members of black thrashers Midnight, Holy Terror hardcore fiends Integrity and math rock crushers Keelhaul doing their own warped version of brain-bombed Hawkwind-influenced hypno rock.

It’s killer stuff, the a-side “Sacred And The Man” delivering a spaced-out, fuzz-drenched noisy psychedelic shred attack, with lots of wah-drenched guitar splattering across the rhythm section’s propulsive, hypnotic backbeat, and fronted by Dave Cintron’s snotty singing style. Guitars are set to shred, their distortion boxes cranked to corrosive levels of overdriven crunch, like some gutter-spawned fusion of Stooges punk stomp and Hawkwindian cosmos tripping. Over on the b-side, “9 Eye Girl” gets a little more experimental, with weird electronic effects and skronky guitar poking through a delirious haze of electronic splooge and effects box fuckery, while the rhythm section lays down another one of their heavy motorik grooves. This one is a bizarre mess of dubby effects and atonal guitar noise, slowly coming together into a more propulsive psychedelic jam towards the end.

Still one of the most criminally underappreciated hard-psych bands in the US, this is definitely recommended if you’re into the heavier end of modern psych/prog a la bands like Gnod, White Hills, Pharaoh Overlord and Cosmic Dead…”